from Winter Greens: Carols for the Season by Betsy Tinney 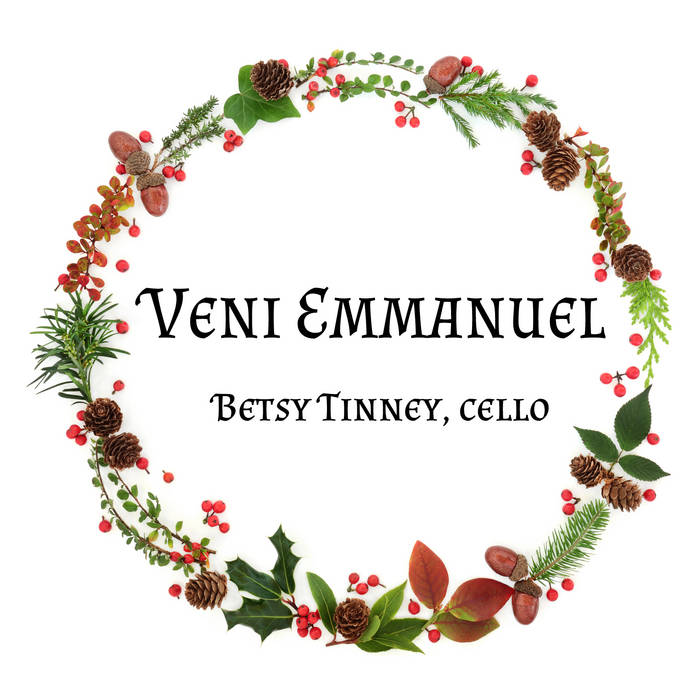 This cello carol, Veni Emmanuel, is an ancient Advent hymn that traces its origins back 1,200 years to the great “O Antiphons,” which were in existence by at least the 8th century. These seven antiphons are traditionally sung at Vespers from December 17 to 23; the seventh and final antiphon, “O Emmanuel,” is sung on December 23.

It’s worth noting that this hymn’s history is anything but simple; it’s not just a modernized version of that seventh antiphon, “O Emmanuel”. The words and the music developed separately. Sometime before the 12th century, the O Antiphons were compiled into a Latin hymn (which, interestingly, became an important teaching tool in the Dark Ages, especially for those who could not read or had no access to a Bible). The “Veni Emmanuel” tune is a plainchant from 15th-century France; it was first linked with the hymn in 1851.

Most of this piece was recorded in the dark of Solstice Night, between midnight and 5 AM, with just a candle and the moonlight illuminating my studio. All cello parts were played on my wooden cello Godiva.

from Winter Greens: Carols for the Season, released December 4, 2020
Ancient Advent plainchant dating back to the 8th century (and also to 1851; it's complicated). Arrangement by Betsy Tinney. Cello by Betsy Tinney.