Under a Monster Moon 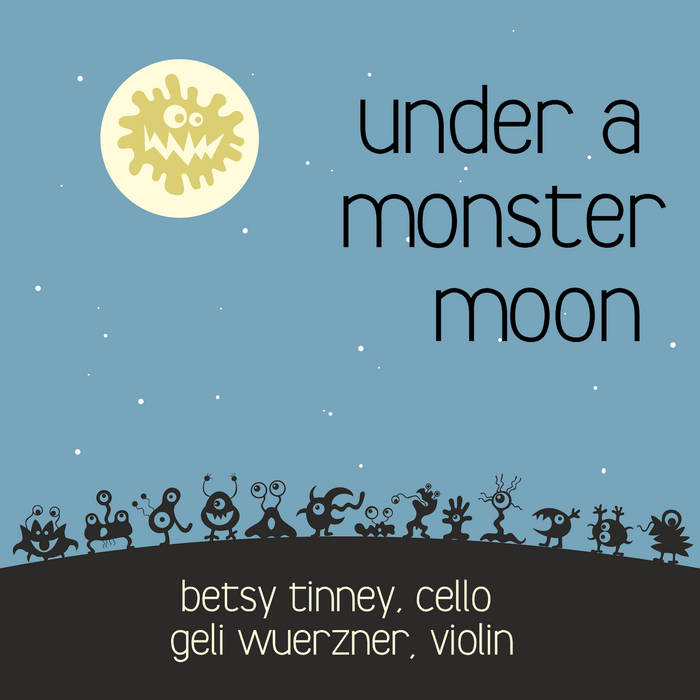 It's been a toasty and very busy July for me; I've been up to my eyebrows in multiple simultaneous projects. Among those is Music Under the Trees 2022, which is COMING UP IN LESS THAN A WEEK OMG!! (It'll be aired next weekend, August 6 & 7 -- four full concert sets, including Vixy&Tony, Ménage à Trio, Alexander James Adams, and yours truly. I hope you can join us!)

But! That's not what this post is about. THIS post is about tiny monsters gleefully dancing with abandon under an enormous moon with all their tiny monster friends, whom they haven't seen or danced with in over two years. It's about the delight of being a wee nocturnal monster on a beautiful moonlit night, and about the ecstasy of getting lost in the music and waving all your tentacles and legs and antennae in time to the driving rhythm -- and most of all, it's about the joy of friendship reunited.

My friend Geli Wuerzner (violin) and I improvised this piece together in my studio. As we always do, we just started playing without any advance planning, and the music showed up on its own. I can't say we weren't surprised by the horde of tiny frolicking monsters that also showed up on their own. But hey, it was improv, so we kept playing, and just let our own tentacles show!

--------------------------------------------
Cover image: A full moon with a grinning monster face glows bright against a blue starlit sky. The title, "Under a Monster Moon," appears in black against the sky. On a low black hill at the bottom of the image, thirteen tiny monsters dance gleefully, silhouetted against the night sky. Each monster is different -- some have tentacles or multiple legs, while others have antennae or spikes or a forked tongue; each has from one to three eyes, and all look happy to be there. Below the monsters are the words "Betsy Tinney, cello" and "Geli Wuerzner, violin".