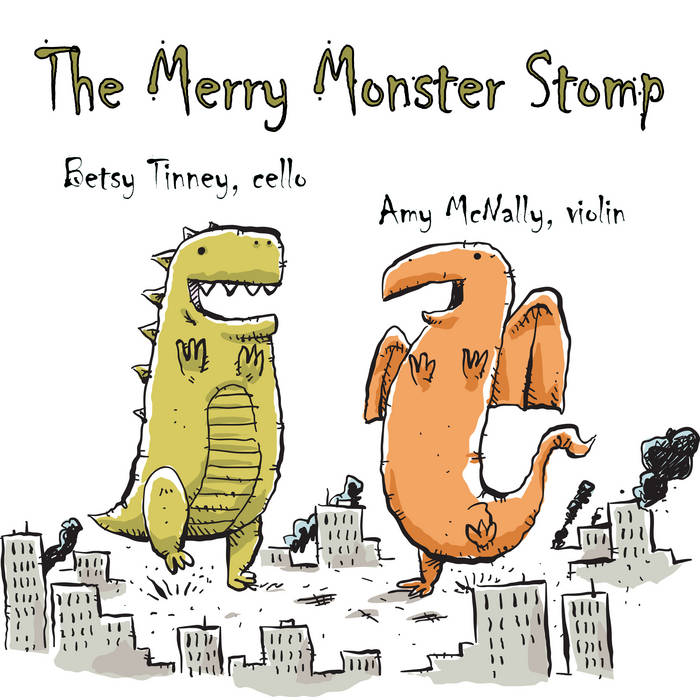 Happy spring, everyone! Over the past few weeks, our (fairly gentle) Pacific NW winter has subtly morphed into a low-key Pacific NW early spring -- with slightly more sunshine and somewhat warmer temps, both of which are most welcome. (We even had quite a cheeky spring thunderstorm the other day, complete with pea-sized hail and a few deafeningly-close lightning strikes!)

I've been pretty maxed with multiple projects since February, so I'm afraid I lacked the bandwidth to create a new studio piece for you this month. I still have something tasty for you, though! This month's musical morsel was recorded this past October, when one of my dearest friends, the extraordinary (and infamous) fiddler Amy McNally, visited us in person (from the Midwest, no less!). Amy and I spent a wonderful, albeit socially-distant, afternoon in our Pandemic Parlor, which was made for just such outdoor visits. (The Pandemic Parlor is an "outdoor living room" that we've set up on the patio under our huge back deck, where it's dry and sheltered but still very much outdoors. It has a sofa and tables and rugs and houseplants and fairy lighting and two infrared patio heaters. What it does NOT have is good acoustics!) Amy and I spent most of her visit improvising together, despite the chill, some ambient noise, and the less-than-optimal acoustics. We even built one improv piece around the not-quite-tuneful howl of the furnace exhaust pipe, which runs right along the underside of the Parlor's ceiling.

However, this month's piece is not "Air for Violin, Cello and Furnace". Instead, this is The Merry Monster Stomp because, well, it just is. (It turns out that Amy and I each have an inner monster -- both of them scrappy, happy little critters with an abundance of teeth, fur and mischief -- and their favorite thing in the whole world is to dance and play together.)

So, I give you The Merry Monster Stomp, with Amy and me gleefully dancing and sneaking and stomping our little monster feet, dragging our poor hapless instruments along with us as we go.

P.S. If you aren't familiar with Amy, I highly encourage you to check out her Patreon (www.patreon.com/infamousfiddler) and her Bandcamp (amymcnally.bandcamp.com)!

---------------------------------------
Description of cover art: This is a hand-drawn cartoon on a white background. Two scruffy-looking monsters stomp and dance with glee among the smoking ruins of an (ex) city. The green monster has a cheerful toothy grin and triangular spines down its back. It's dancing upright on its hind legs; with its tiny front legs (arms?) and all those teeth, it looks a bit like an overfed Tyrannasaurus Rex. The orange monster has small leathery wings, a long thick tapering tail, and a cheeky, beaky grin. It's dancing upright, too, but currently on just one leg. Both monsters look delighted with themselves. The title, in scruffy hand-written letters, says, "The Merry Monster Stomp". Over the head of the green monster, the subtitle reads, "Betsy Tinney, cello". Over the head of the orange one, it reads, "Amy McNally, Violin".