Song of the Hart 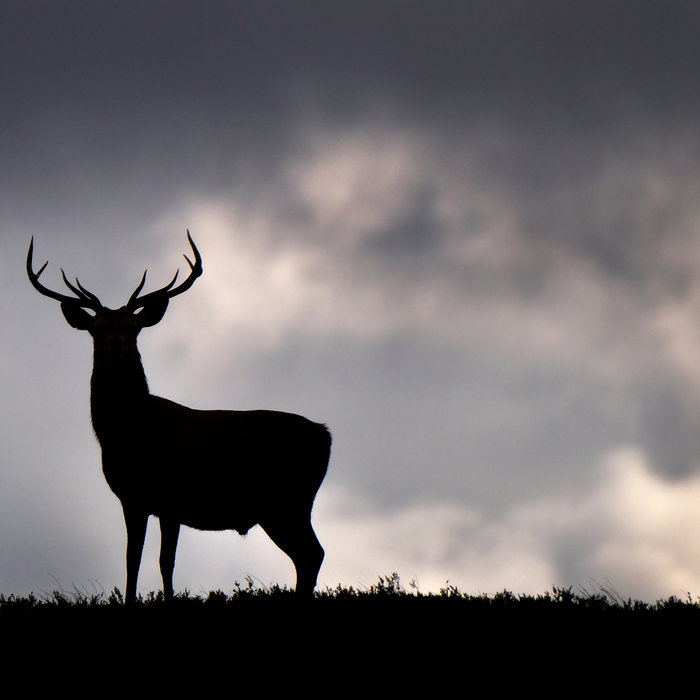 This piece was commissioned by a dear friend, who asked me to write him something dark, wild and beautiful. By way of inspiration, he sent me several gorgeous images of a stag standing wild, alert and magnificent, its antlered head held high; he also wrote of the pounding heart of the stag, the rush of its breath, and its power and courage. Since my friend is a devotee of Herne/Cernunnos, I did some research online, and learned that Cernunnos is seen as "the personification of the life-force energy in animals and the wild," and is both stalwart protector of the forest and master of the hunt. In some traditions, Cernunnos is also a god of death and dying, and comforts the dead by singing to them as he conducts them to the spirit world.

In addition to being a musical stew inspired by the above images and ideas, this piece incorporates two specific motifs based on actual field recordings. First is the call of the hunting horn, which echoes through the forest and throughout the piece. Later, hidden deep in the piece (from 4:07 to 4:33) is the staccato roar of a red stag (as it might sound if the stag had a voice like a cello).

This magnificent image of a red stag is by Scottish photographer Gavin MacRae, and is used with his kind permission (all rights reserved). You can find Gavin's work online at macraeimages.co.uk.

I will be donating 100% of all my Bandcamp proceeds for the ENTIRE MONTH of June. (Half will go to Black Lives Matter and the other half to The Bail Project.)