Something for a Sunny Day 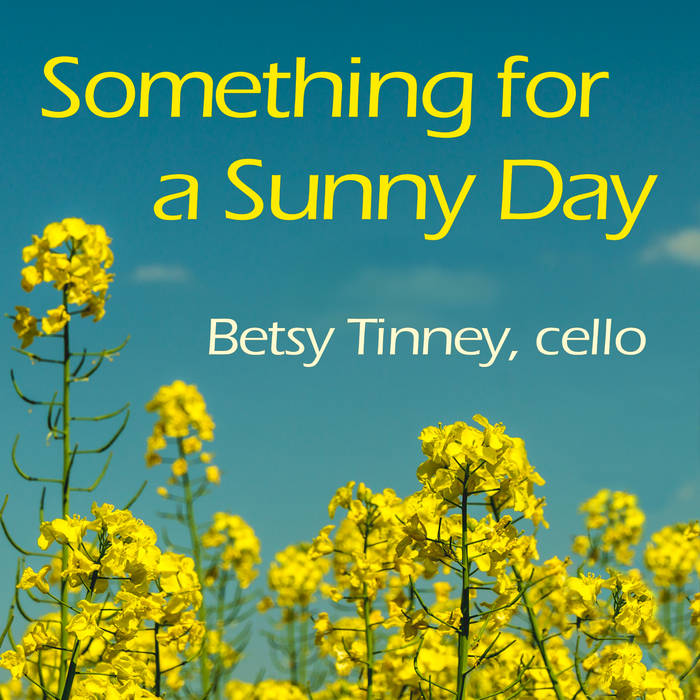 Hi folks! I hope you're all having a lovely summer! Somehow it's now the end of August -- not sure how that happened! (I guess I was too busy to notice the passing of time?) First we had (virtual) Music Under the Trees. Then, I recorded cello tracks for six songs on my friend Lauren (Cox) Oxford's album -- which is going to be FANTASTIC; Lauren's songs are so, so good! In mid-August, my husband Dave and I went on a romantic getaway to celebrate our 35th anniversary -- to a lovely beachfront cabin where there was pretty much nothing to do but enjoy the view (and each other's company).

And then, last Sunday, I played my first in-person gig since February 2020. In actual person! With an actual live audience! I was backing guitarist Ronnda Cadle for her outdoor gig at the Everett Farmer's Market, and Ronnda had asked me to play a short solo/looper set in the middle. After my last solo song (Tiny Skeleton Shuffle), a guy came up and asked me if I could play Toccata in Fugue. I told him that I probably could, but that it would take some preparation, especially since it was written for organ, not cello. Well then, he said, can you play something else cheerful and upbeat? I just blinked at him (Toccata and Fugue in D minor is NOT what I could call "cheerful and upbeat"). He went on, "Because it's a beautiful sunny day and I was hoping you could play something happy, but the cello is the saddest instrument, so probably not." At that point Ronnda had finished tuning and was ready to play again, so I had to go, and he wandered away. (But I suspect he was the person who yelled "Free Bird!" a few times during the second half of Ronnda's set.)

I'm pretty sure that guy was just trolling me; but even so, I found myself worrying that my music might in fact be more unrelentingly morose than I'd thought, because Cello. And, I couldn't get my anxiety hamsters to stop spinning on the subject, even after several days. So, I decided I would create Something For a Sunny Day.

Take that, hamsters and trolls!!

Cover photo: Public domain, licensed from Dreamstime.com under CC0
Graphic design by Betsy
Cover image description: A closeup of several bright-yellow flowers against a deep-blue sky with a few wispy clouds. The song title, "Something for a Sunny Day," is in bright yellow, with "Betsy Tinney, cello" below it.