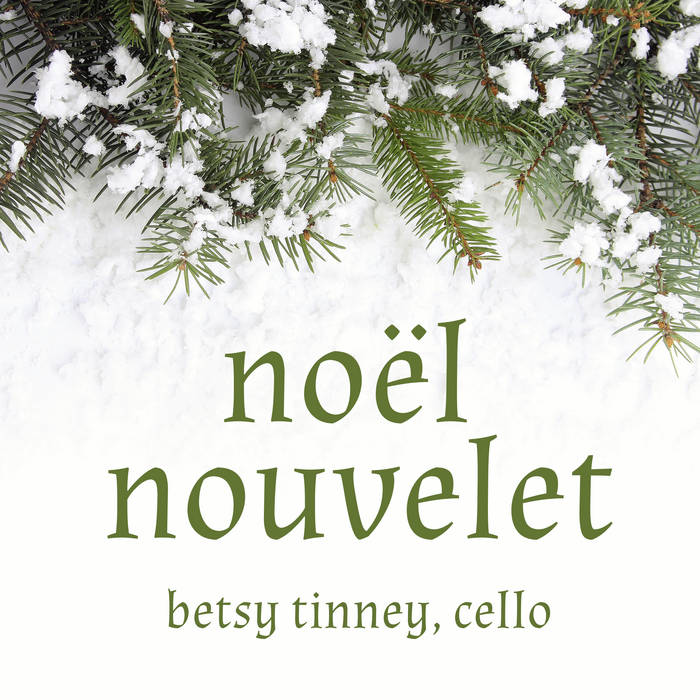 Note: This version of Noël Nouvelet was released in November 2019 to Betsy's subscribers. An updated version will be available on Dec 4 as part of Betsy's December 2020 holiday album, Winter Greens.

The traditional French carol Noël Nouvelet dates back to the late 15th century. Some sources suggest that it was originally a New Year's carol (the word nouvelet has the same root as Noël, both stemming from the word for news and newness). However, some of the oldest lyrics for Noël Nouvelet (from 1487) celebrate the news of the nativity and the figures in the crèche.

My arrangement features cello, bodhran and guitar (and neither Nativity nor New Year's lyrics). It's worth noting that this is the first time I've ever played guitar on a recording. I hadn't touched my guitar in years, so my fingers were pretty sore afterward (unfortunately, guitar calluses are in a completely different spot from cello calluses). I'm pretty happy with how the recording turned out, though, so there may well be more guitar from me in the future. (My guitar, by the way, is a wee thing in a rich burgundy color; her name is Sangria.)