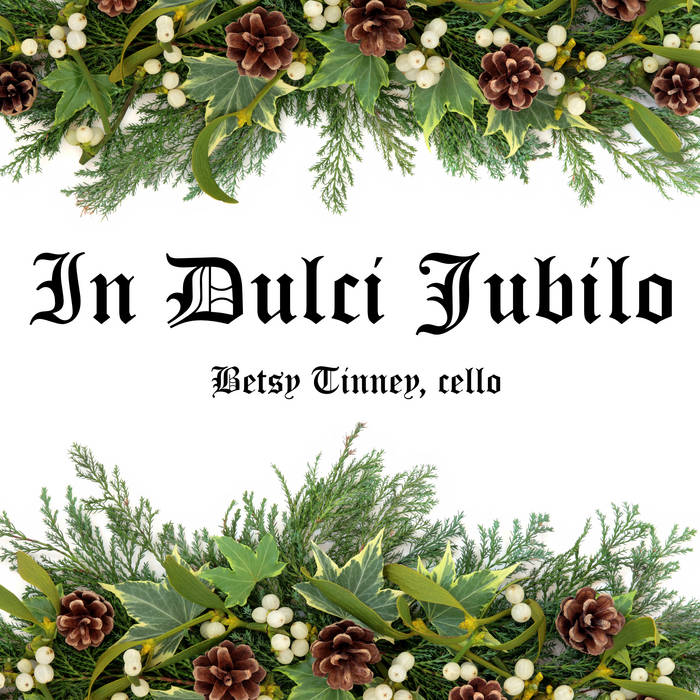 Note: This version of In Dulci Jubilo was released in December 2017 o Betsy's subscribers. An updated version will be available on Dec 4 as part of Betsy's December 2020 holiday album, Winter Greens.

I've always loved the 14th-century carol "In Dulci Jubilo", especially when sung by a choir in Latin. When I was little, our town had a tradition in which we gathered on Christmas Eve to sing carols on God's Acre (a small central park featuring the town's immense Christmas tree). People would hand out lyric sheets and hot cocoa, and we'd sing everything from Jingle Bells to ancient medieval carols. I loved the medieval ones the best, especially the few (like this one) that were sung at least partly in Latin.

At first I was concerned that, without lyrics, the melody might turn out to be too repetitive. (Why no lyrics? Because, of course, my cello doesn't know any Latin.) However, after playing with the piece for a while, I was pleased to find that the melody and chord structure were easy to improvise against. So, off we went - and this was the result! (My brain did take a bit of a left turn late in the piece, but returned in time for the closing verse.)

I hope you all enjoy it - and that you all have a lovely December!