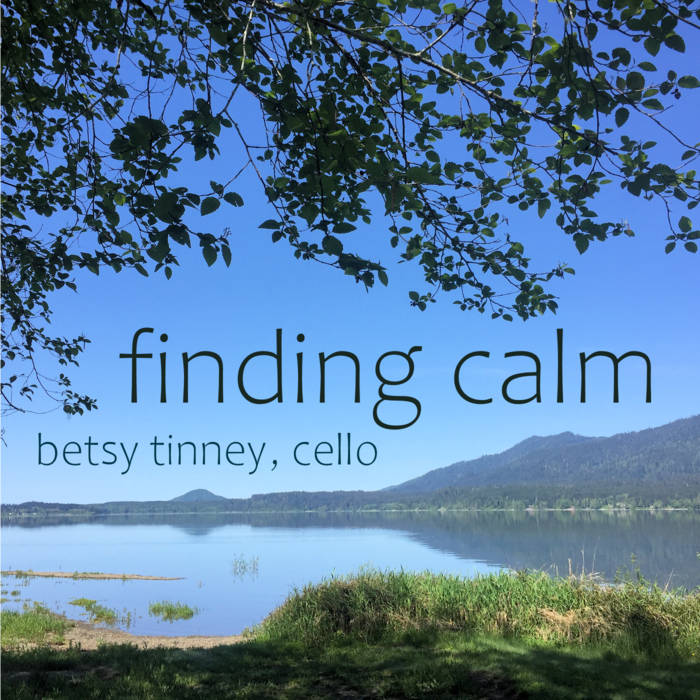 Summer has finally arrived in Seattle (it usually saunters in a bit late, somewhen around mid-July), and while the weather has been beautiful and sunny, it's been a bit hot for me (I melt easilly). Since my studio is on the basement level of our house, it stays cool even when it's 95 degrees out… so I've been spending a lot of time down there lately. Happily, my studio is home to quite a few cellos and other instruments, which I've found to be great anti-anxiety tools: playing (and improvising) gets me to focus on something other than my worries, to breathe, and to just let the music flow.

This piece, Finding Calm, arose when I was in a bit of a state (probably from reading the news too much). I crept down to my studio, hid behind a cello, and just improvised. Shortly after the first motif emerged, I found I had forgotten about All The Worrisome Things and was just focused on the emerging music. And, by the time I was done recording all three parts, I had indeed Found Calm.

If you are in need of some calm yourself, I hope listening to this piece will help you find some, at least for a little while. <3

Calmly (for the moment),
Betsy

----------------------------------------
Cover photo description: A view of a Northwest lake below a clear sunny sky. The surface of the lake is nearly smooth, and reflects the undulating green hills on the opposite side of the lake. In the upper half of the photo, nearby leafy branches drape down across the blue sky. The title, "Finding Calm: Betsy Tinney, Cello" sits in the center, between the branches above and the lake below. At the foot of the photo is the nearby shore, with a few grasses and a little bit of sand. The midday sun washes the entire scene with a summery glow.

Fun fact: This photo was taken while Betsy was standing in the very spot at which she married the love of her life, her husband Dave, nearly 33 years ago.