from Cello Noodles, Vol. I by Betsy Tinney 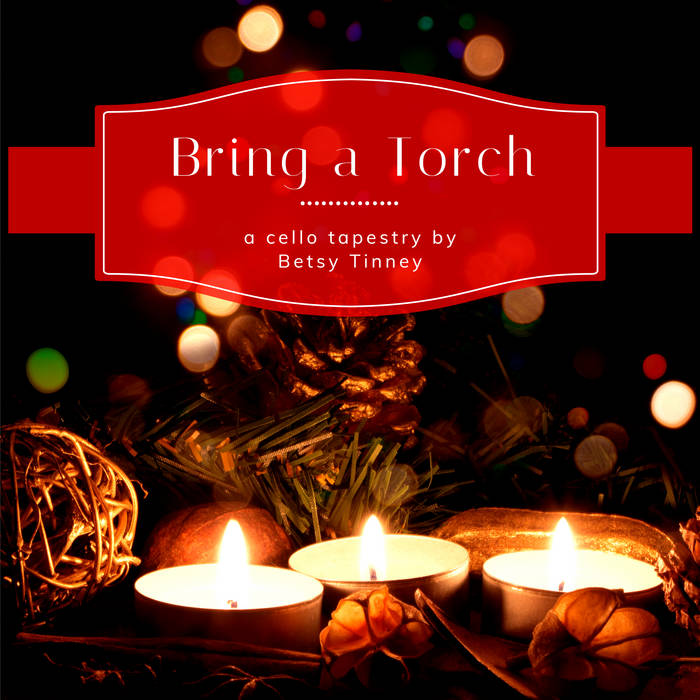 Note: This version of Bring a Torch was released in December 2016 to Betsy's subscribers. An updated version will be available on Dec 4 as part of her December 2020 holiday album, Winter Greens.

This cello tapestry is an instrumental version of a very old French carol dating from as early as the 14th century. The music itself was not originally composed as Christmas music, but as a lively court dance tune (which seems to have reemerged in my version, though I didn't know that when I created it). The traditional carol first appeared (with both words and music) as "Un Flambeau, Jeannette, Isabella" in a French book of carols published in 1553.

The bodhran on this recording is my own, played by yours truly; and of course that whole cello tapestry is me too (and my old wooden cello Godiva). This piece was recorded in my home studio using my lovely new Bluebird studio mic (made possible through the support of my subscribers).