A Song of Spring 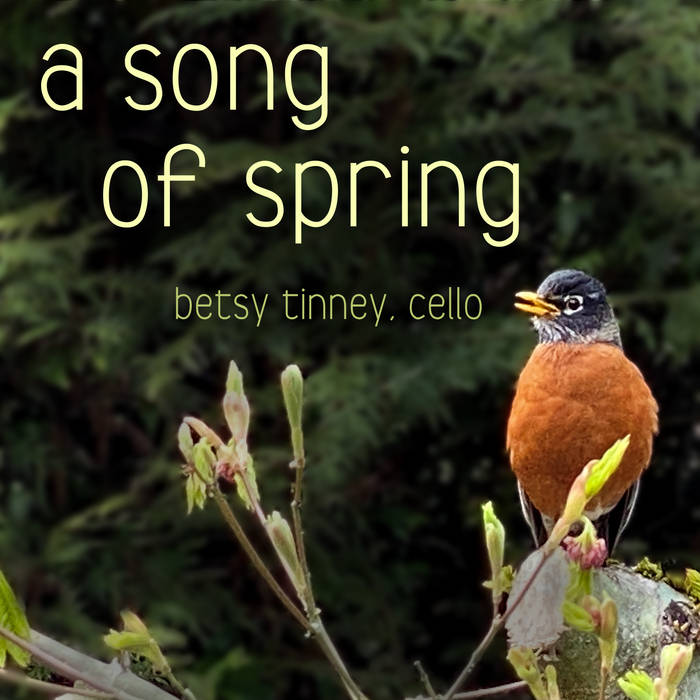 I hope it's finally spring wherever you are… that fine season sure took its sweet time settling in here in the Seattle area. In the past month, we've had sunshine, snow, rain, hail, wind, thunder, clouds, graupel, and rainbows -- and sometimes four or more at the same time! (The topper was a day in early April when we simultaneously got sun, rain, clouds, snow, wind, and graupel… but no rainbow, it being too close to midday.) (What's graupel, you ask? It's a soft fat hail -- more like soft pea-sized snowballs than the usual ice pellets.)

Happily, though, the past few days have been much springier here, and the nicer weather has really put a spring in my step and a lilt in my heart.

Which brings me to this month's piece: A Song of Spring. It showed up in my head last week while I was wandering around outdoors, appreciating the soft new green of the budding leaves, the shy warmth of the sun, and the gently shifting bands of sunlight and cloud-shadow.

Speaking of walks and of spring songs, the cover photo is from my walk today. It looks like a chipper li'l songbird cheerfully singing his happy spring song, right? Ha! Actually, in this photo, Brave Sir Robin is loudly cussing me out because he feels I'm Too #&!@% Close To His Nest (I'm actually still standing on the sidewalk, far from the base of "his" tree). For the past three days, he and his mate have cursed at me and dive-bombed me every time I pass that spot. I've tried to pass quickly to avoid bothering them too much; but I did take a few extra minutes today to take some photos. (And Brave Sir Robin helpfully made that super-easy by getting right in my face to give me a good Why-I-Oughta).

(Sadly, because I've already written the music and I need to post it today, I couldn't include Brave Sir Robin in A Song of Spring, either literally or musically. Hmm, maybe that's why he's so cranky…)