Get fresh music recommendations delivered to your inbox every Friday.

A Chance of Rain 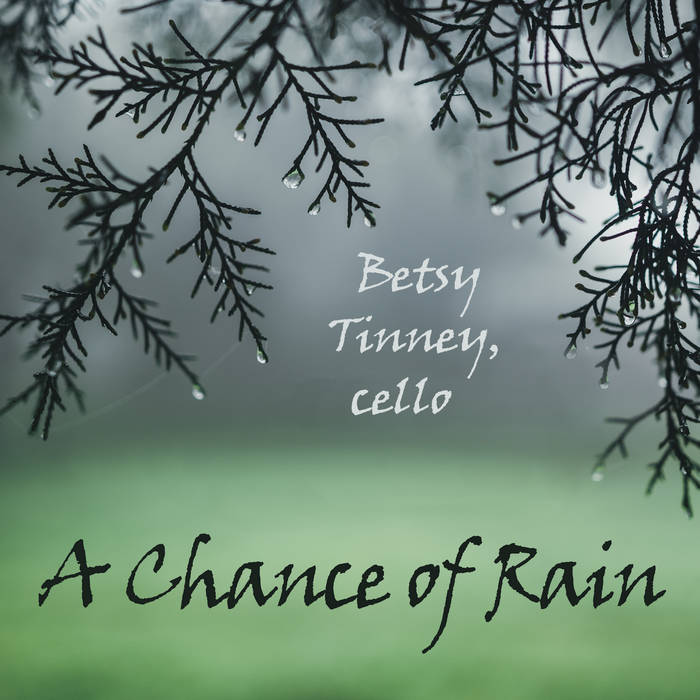 We've been in a bit of a drought recently in the Pacific Northwest (helped along by some ridiculously hot weather earlier this summer, with highs around 114F). So whenever the weather forecast suggests there's "a chance of rain", we all hope eagerly that water will actually fall from the sky, the way it used to. Sadly, such "chances" don't usually result in rainy days, especially during the summer. We might get a cooler, greyer day, with a light sprinkle here and there, if we're lucky -- but there's rarely any actual rain.

But a few weeks ago, I awoke to a strange sound --a sort of a tapping… pattering… dripping sound. Rain! Real, wet, rainy rain!! I actually ran outside in my nightgown to stand in it, with outstretched arms and upturned face and puddle-eager toes. (I might even admit to dancing a bit… though that's a completely different song.) It was glorious -- and far too brief!

This piece, A Chance of Rain, was originally going to be a very spare piece, mainly pizzicato and descant guitar, with just a breath of low cello here and there -- more like the light sprinkles we usually get. However, the cello got away from me, so now there's a glorious downpour in the middle. So, get out your umbrellas, kick off your shoes, and enjoy! :)

Cover image: A grey, misty afternoon can be seen from behind a fine network of dark-green cedar branches, which are close to the viewer and surround the top 2/3 of the frame. A light rain has left a few droplets on the tips of the branches. Behind the branches is a blurry view of a green lawn against a grey background. The text reads "A Chance of Rain" and "Betsy Tinney, cello". Cover image © by Rachen Buosa, image 153343268 / Rain at Dreamstime.com.